Will Brexit make it hit the fan? 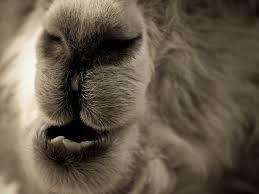 The Alpaca-lips, up close
Posted by an Donalbane at 9:42 AM No comments:

Posted by an Donalbane at 7:18 PM No comments:

Does anyone write a more beautiful song than Jimmy Webb?

Here's another version, by the lovely Linda.
Posted by an Donalbane at 8:59 PM No comments:

I thought I'd take a chance...

My recollection of the band is possibly a bit different from yours.  I first became acquainted with their music closer to their home turf/permafrost, as I was living near Vienna all of 1974.  At the Prater (Vienna's version of Fair Park), one could not miss the overmodulated distortion as Waterloo was played through carnival type horn speakers at various places around the grounds.

And of course, at dance nights in the Villa, the middle school building dating to circa 1894, we were similarly subjected to ABBA, as well as Elton John, Slade, Rod Stewart, and others.