...for the size of the life You've planned for me.


There's No App For Depression from Keystone Church on Vimeo.

A couple of quotes I really liked from this sermon:

For you adrenaline junkies

With harmony vocals from the late Messrs. Kenny Edwards and Andrew Gold.
Posted by an Donalbane at 8:03 PM 2 comments: 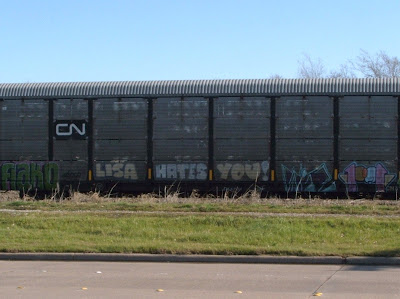 This is for Corner...

A few feet from where I was parked one day this week. 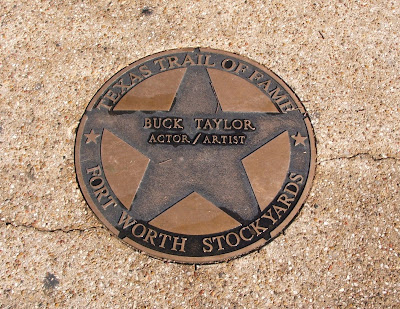 Once again, I did not see him at the Stock Show (on a different day).
Posted by an Donalbane at 1:45 PM 3 comments:

As if anyone needed more evidence the Occupy movement are just a bunch of boorish hooligans.

Even a liberal PR flack should know that this won't gain much public support.

Idiots.
Posted by an Donalbane at 7:16 PM No comments:

Is this the quick-build kit?

How to build a 737 in under three minutes:

I have hiked mountain ridge lines like this, with a full backpack, and 100%+ grades on either side, near Innsbruck. A slip would have resulted in a fall/slide of several hundred feet or more.

Another song for you

Pursuant to Chupacabra's comment that composer Leon Russell's is the better version of this song, I hereby offer the dear reader the opportunity to make his/her own choice:

I do believe we can agree Mr. Charles has the better fashion sense, and he wasn't even looking at what he was wearing (I don't understand why he [Charles] used the Casio, when there's a real piano right next to it)...
Posted by an Donalbane at 9:13 AM 1 comment:

Of late, blogger Thunder Tales has posted quite a few Leon Russell clips.

Here's one of Leon's best, performed immaculately by the incomparable Ray Charles (I've kinda fallen behind in my posting of songs by dead guys...).

I heard Russell's version before Ray's, and Karen Carpenter's before that.
Posted by an Donalbane at 6:57 PM 2 comments:

No App for Angry Old Men [or Women]

This week's installment from Keystone:


There's No App For Anger from Keystone Church on Vimeo.

While you can't see it in the video (the auditorium screens are, well, off-screen, Brandon starts the sermon by playing 'Angry Birds').
Posted by an Donalbane at 7:55 AM 1 comment:

How about we fire the 100 idiots and their staffs in D.C. , and replace them with the residents (if there are any) of this community? 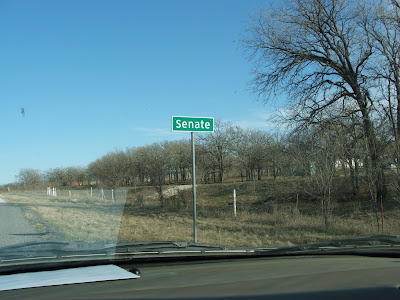 Todd, maybe your buddy's been hanging out here: 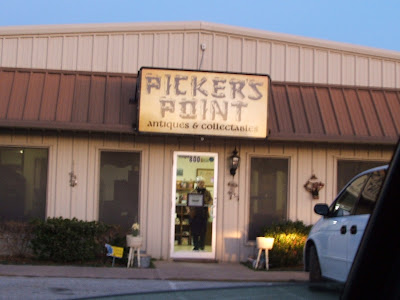 Pastor Ed Young of Grapevine's Fellowship mega-church has followed up his advice to his congregation two or three years ago, where he suggested to his married congregants to practice boinking for seven days in a row, by staging a 24 hour 'John & Yoko' bed-in atop his church under the DFW air traffic flight path, to raise awareness of the importance of intimacy in marriages. 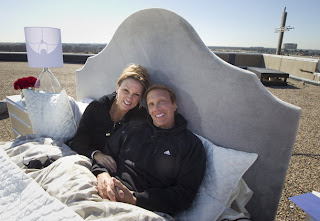 OK, I think it get that, kind of.  But it does make me question whether it's about healing marriages or creating a bit of sensationalism in our already sex-obsessed culture.  Pastor Young says that Church is the logical place to discuss sex, after the home, and I agree that it's surely a better place to hear God's plan for human intimacy than seeing it on TV, the movies, and the internet.  I'm just not sure if God's trying to put it as much in the spotlight as Pastor Young is trying to do.

The pastor at my Church doesn't shy away from the subject, calling sexual intimacy between a man and a woman one of God's great gifts.  But, so far, he hasn't challenged the congregation to a stamina-fest, passed out little blue pills, or made it the centerpiece of the message.

About three years ago, I signed up for one of those online dating services - never dated anyone from there (that I hadn't already met), and finally decided to turn off my profile.  But, occasionally, I still get emails telling me I have new 'matches' that I should check out.

So, I logged onto the site, which displays thumbnails of the gals it thinks I would be compatible with.  Some of the screen names lack images, but I notice one that has an image unlike the others - it's a tray of cupcakes with cherries on top of them.  Of course I wonder "what's up with that?" and click on the link to find out.

The profile in question says the woman's 51 or 52 - no spring chick, but neither am I, so it's all good.  The self-description is rather sparse, includes the typical caveat 'must not be looking for intimate encounter', and under Interests lists only 'ANR'.

But, I was a bit confused, as back in my dating days, if one got so far as to, uh, you know, check out the nursing goods, one was probably as good as home to having an intimate encounter.

There's a whole world out there I know nothing about.

And, lastly (for this post anyway) on the subject of obsession, we hear that Steven Tyler has issued sort of an amicus statement in favor of curtailing the language and prurient content of broadcast TV.
As a libertarian/conservative, I generally favor minimal government intrusion into our daily lives.  But, as Paul Harvey used to say "Self government won't work without self discipline."   The producers of 'entertainment' on the left and right coasts seem to have little use for self discipline.

Many evenings I have the TV on, and hear a constant stream of (OK, I'm gonna sound like a prude here - get over it) trash from such programs as How I Met Your Mother, 2-1/2 Men, Whitney and others.  Maybe I'm overly sensitive, since my daughter does not live with me, that I don't know if she's  being exposed to this kind of fare.

The libs and Larry Flynt types will surely scream that they have a First Amendment right to fill our airwaves with as many of George Carlin's Seven Words (I've written elsewhere that as a high schooler, I could recite, spot-on, several Carlin and Pryor routines - ultimately, that wasn't much of an accomplishment) as they wish.  I disagree - let them do as they wish on cable and dish, but as long as the airwaves are deemed 'public', then 'community standards' apply, and I'm part of the community.

Isn't it interesting that even Steven Tyler, who I think we can agree has more than a passing familiarity with Sex, Drugs, and Rock-n-Roll, says prime-time TV has crossed the line and needs to be dialed back?
Posted by an Donalbane at 2:42 PM No comments:

Seen the other day near Boyd, looks like a stage from an Atlas 5 rocket, but made of steel.

I'm thinking it's maybe a pylon base for a wind turbine - any other guesses?
When I was a kid, our first-order Metromess suburban neighbors across the street had a 'ranch' near Jacksboro (that's Jackistan for RPM), northwest of Barton's Chapel (Hwy 4 & FM 2210).  It wasn't so much a ranch, as a little under a half-section, where we'd spend many weekends a year riding horses, motorcycles, or deer hunting (I never got a deer on that property, but did run over a rattlesnake with my Suzuki). 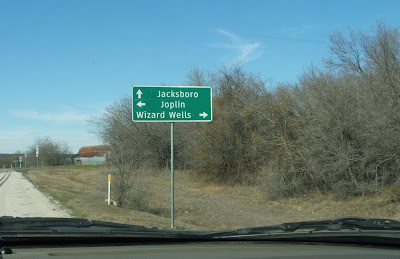 Never been there, but I want to vacation in Wizard Wells sometime.
Since 114 and 183 both ran through our town, we'd sometimes go out there via 114/380, and other times by 183 to 199 and 2210.  Before I was a licensed driver, it was always a treat when Dad would let me drive from 380 south, or from 199 west, out to Tom's ranch.  In the intervening 30-35 years, I've been out in that general area maybe 4-5 times.  (To give you an idea how long it'd been - one of the last 'ranch' trips was an aerial visit in Dad's Sundowner, flying from Amon Carter/Greater Southwest Airport, before it closed to general aviation.)
So, last week, I'm out in that area, and looking south from 380, notice a line of wind turbines.  Checking the Bing.maps birdseye from home that evening, I found that some of the eastern towers are on our old friend's former property, at the southern edge of a ridge/plateau line that, if my Texas hydrology hypothesis is correct, divides the Brazos and Trinity river basins. 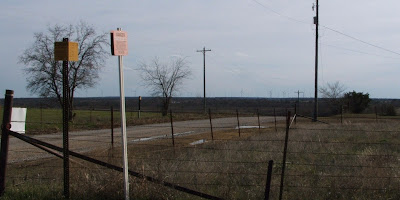 If you look close/enlarge, you can see the turbines on the horizon.
Posted by an Donalbane at 11:15 AM 3 comments:

Is this what defense cutbacks entails?

Not to worry, there are many ways to practice for global preparedness that are cheaper than outfitting F4-Phantom II jets as R/C models and blowing them out of the sky.

Here's what our friends in India are doing (scroll past the India Gate video to the motorcyle stunt vid).

Yeah, that ought to work well if we ever have to fight the 'Battle of the Circuses'.


You know, India and Pakistan both have the Bomb.  If they had a big-time war with each other, we could move tech support back to Topeka.  I just wanna make sure to save Ranjit and Chad first, though - they keep my cellphone working. 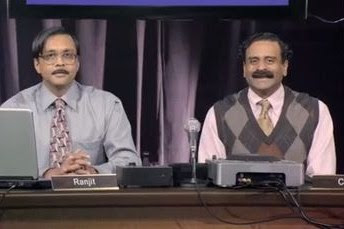 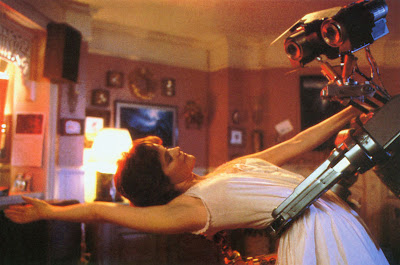 Posted by an Donalbane at 9:18 AM No comments:

Has the restoration effort stalled again? 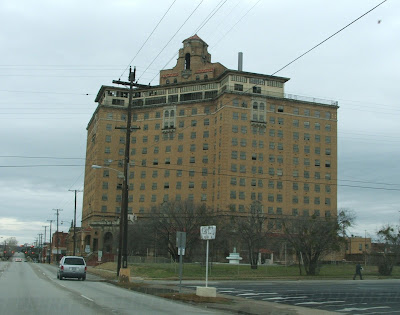 Posted by an Donalbane at 8:56 AM No comments:

This could also be the guy who makes the doughnuts: 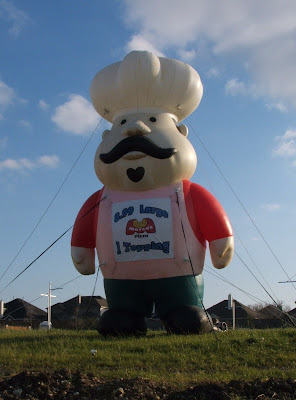 Dew, do you have this inflatable?
Posted by an Donalbane at 8:32 AM 1 comment:

I don't know which, but this group was shopping at the Sam's Club in NRH a couple of weeks back. 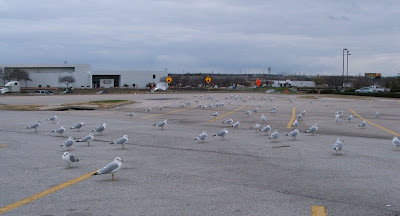 It appears that a couple of them, with a good dry rub of jalapeño and sage, and wrapped in bacon, could make a meal.  They're huge. 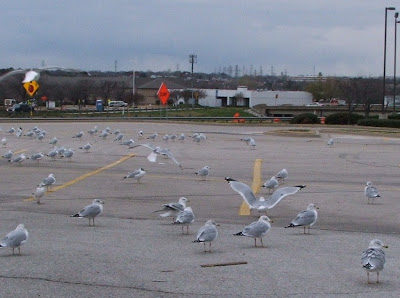 I tried to find some info on the interwebs, but it didn't help much:

Gulls are a taxonomic family while 'sea-gulls' are a generalisation based on morphological similarities in predominantly coastal and pelagic gull species.

The term ''sea gull' is erroneously used to describe many species of gull seen in both coastal and inland habitats. The gulls most commonly referred to as sea-gulls in the UK include the herring gull, the lesser black-backed gull and the greater black-backed gull. Worldwide there are probably many more such generalisations.

Pigeons are near-passerine (perching) birds and are not related to gulls except in the most distant sense.

I think they look like gulls.  Maybe David Lee Roth knows...
Posted by an Donalbane at 8:14 AM No comments:

Is Mel Brooks behind this?  Stop lights - in Cottondale?  Really? Cottondale?! 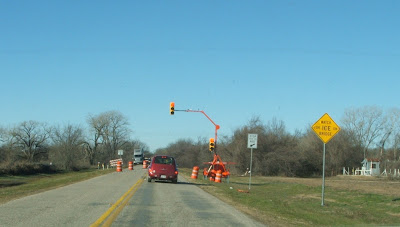 Does the toll booth go up next week?

BTW/Consumer Tip - The breakfast burritos at the c-store in Cottondale are Mongo-excellent!
Posted by an Donalbane at 8:05 AM No comments:

An interesting update to a very old song.  I think Chicago X was my first CTA album - I used to mow the lawn of a family friend who was an executive with a record and tape distributorship - I'd get 3-4 LPs or 8-tracks each time I mowed for him.  I later filled in my Chicago collection on my own.

Posted by an Donalbane at 8:43 AM No comments:

The Apocalypse must be near...

I was going to write that people are stupid, but that seemed overly broad.

However, this guy is stupid.

You are as shocked as I to learn that he was arrested for weapons and drug possession.  It also seems Mr. Zopittybop-Bop-Bop lists among his favorite activities: Thinking.

You're probably right if you surmise that when he's in trouble his mother calls him by his middle name.
Posted by an Donalbane at 11:10 AM 4 comments:

Culled from the cobwebs of my mind, and other places: 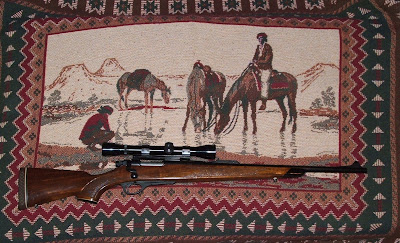 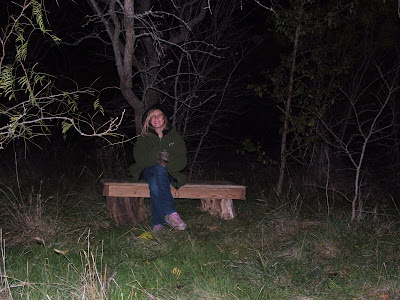 Our camp table, in November.
Posted by an Donalbane at 8:05 PM 6 comments: