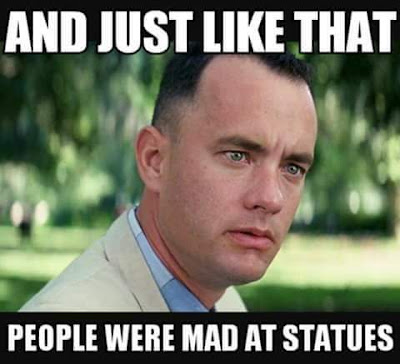 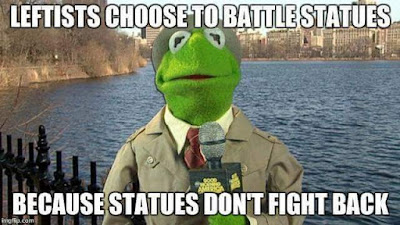 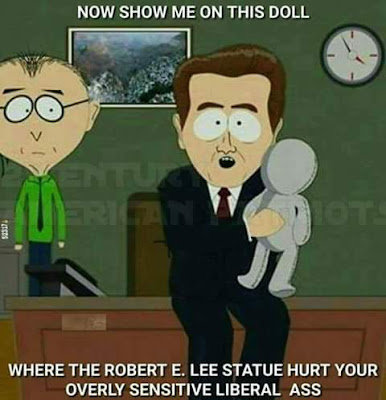 Posted by an Donalbane at 11:46 AM No comments:

Today I hear people telling of t-shirts saying "I survived the gas crisis of Thursday".  Nonetheless, some stations are still devoid of the flammable liquid.  A guy told me his GF's car was on fumes and the nearby Exxon was dry - could he run Tru-Fuel 4-cycle to get to another station.  I advised him it was an expensive work around, but that yeah, they could do it.

On my way home, I saw another Exxon that had regular unleaded at $2.59.  With my needle just making it to 1/4 tank, but not much travel planned over the next few days, I stopped in and added 2-3 gallons, and thought of this song:

There's a better recording of this song, but I didn't locate it on the u-tubes.

If you're not familiar with old water pumps, the parable may not make much sense. In the olden days, the sucker rod of a pump used a leather washer to create suction to draw the water up from the ground.  After a period of dis-use, the washer would dry out and wouldn't create a seal - hence no water would flow.  In the parable, a parched traveler happens upon a pump in the desert.  An old timer - Desert Pete - has left a bitters jar (think vanilla extract or other flavoring bottle) of water with which to wet the leather, under a rock.  The traveler must decide whether to drink the water - taking the small, but immediate gratification - or have faith and use the tiny bit of liquid to 'prime the pump' and loose all the water he can use.  The lesson is two-fold, having faith, and paying it forward by leaving the bitters jar for the next traveler.

As I was readying for work this morning, a normally market-wise radio commentator was fielding calls about stations charging $4-5 per gallon for gas.  He was indignant about the "gouging".  Some caller said "I can understand 10-20¢ more during the shortage, but not those prices."  I really had thought the host had more market savvy than that.  (I also heard from one of the doctor assistants yesterday that a friend of hers reported a Boyd retailer charging $4/gallon.)

To be clear, I'm not condoning collusion by retailers to drive prices higher, which is anti-competitive.  But, if, in the face of a perceived outage of a commodity, a retailer over-reaches and sets prices 'too high', he/she may retard the depletion of the scarce goods, but risk alienation of buyers, and/or - in the case of a gas station/c-store, diminish sales of 'add-on' purchases (drinks/snacks/candy).  In my experience this afternoon, the station where I stopped ($2.59/gallon) had correctly judged the market, about 6 of its 8 pumps had customers, and presumably some of those customers went inside to buy other items. Down the road, I passed a QT that I have often frequented.  I don't know if they had or hadn't raised prices, only that there were no cars there, because they had no gas.  At the other end of the spectrum, I suspect that a retailer charging $5/gallon or so, in the age of social media, would immediately become a market pariah, selling only a minimal amount, and squandering future goodwill from customers.  The market works.

In the fractional reserve system of banking, there's a similar calculus at work.  The entire banking system is premised on the notion that everybody doesn't withdraw all funds at once.  If that were to occur, they system collapses, because the assets are illiquid, at least beyond the typical reserve requirements.  Nonetheless, within the envelope of prudent management, and intelligent customers, the system works.

Away from economics now, I caught part of Micki & Maude last night on the rerun channel.  The story, of course, is of Maude (Amy Irving) - a concert cellist - who gets caught up in a web of deceit with multiple baby-daddies.  No, wait, that's a different story.  Maude is impregnated by Rob (Dudley Moore) because his wife Micki (Ann Reinking) is reluctant to have children.  As fate has it, both become pregnant, and end up in the delivery ward at the same time, assuring that hilarity ensues.  I had forgotten that Wallace Shawn and André the Giant were in this movie (though not in the same scenes), which was filmed a couple of years before they appeared in The Princess Bride as Vizzini and Fezzik, respectively.

I have been enjoying articles about the Light Attack Experiment aircraft that are being developed or modified for a world in which F-22s or F-35s are just too much dog for the fight.  The F-16 was initially designed for this role, and still performs it well, but there are many countries and missions where even it is more aircraft than is needed.  I can see this airplane being useful on our southern, and even northern borders - in the event that Bob & Doug McKenzie try to sneak in without bringing the requisite complement of a few cases of Molson or Moosehead...