I'm not trying to turn my blog into an obituary column, but have to note the passing of William Safire, conservative columnist for the New York Times, and one of the foremost students of the artistry of language. Among his most remembered phrases, and one of my favorites, was the alliterative "nattering nabobs of negativism" written for Vice-President Spiro T. Agnew when Safire was a speechwriter in the Nixon administration. 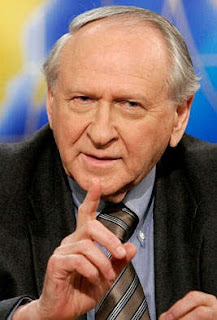 Take My Word for It, from 1986, dealing more with language than with politics, is the only Safire book I own. It's been quite some time since I read it, but I would like to thank Bill Safire for his influence on any positive planishing of my prose that might've resulted.
Posted by an Donalbane at 2:27 PM 1 comment:

On another blog recently, a picture depicts a woman in a bathtub, sporting a pink-stocked Ruger 10-22 with a banana clip magazine, a small child, and a dog with a bad case of split ends.

Now, I can't recall ever staging such a pose, nor would I, but I do have to admit that I've thought of getting my buds together to pose as outlaw hombres, such as the Dalton Gang, below:

Admittedly, my interest in the Dalton story was sparked by the 1972 Eagles' album Desperado, coupled with the notion that the actions that led to their demise occurred about 20 miles from my birthplace. 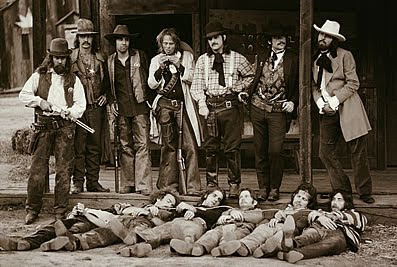 On the ground: The Eagles, flanked by Jackson Browne (l), and John David Souther (r)

Only in researching for this post did I find that the album's cover pictures were simply stills from a mini-movie or video shot for concert footage: Note - Some language at the end.

Even though because I know some of the people who troll read my blog, I have some misgivings about posting this for commentary... 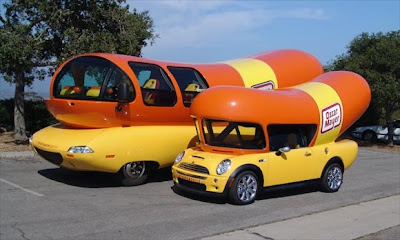 OK, I've blogged my quota for tonight (plus one draft still in progress).

The forecast is a very slim chance of rain overnight, supposed to be high 50s in the morning.

Am I sleeping outdoors tonight?


Edit: The weather was great, and my sleeping bag was plenty cozy.

One of the movie genres or themes that always reels me in is the "time travel" concept. Over the weekend, we rented Against Time with Robert Loggia, John Amos and Craig T. Nelson. 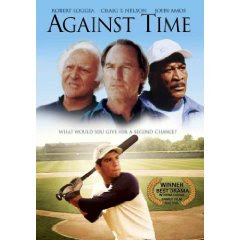 In the same vein as Field of Dreams, Frequency, and, to a degree, the Back to the Future series, the movie features a high school baseball player who encounters his future self (Robert Loggia), who admonishes him to pay attention to the small decisions which will shape his future. Unlike Back to the Future, this film is serious (but not didactic), as well as thought provoking. And though unrelated, I found the lyrics to Carly Simon's In a Small Moment totally apropos to the message of this movie relating to how we deal with the small things ultimately defines our character:

Going through some pictures on my xD card, I found an image from about a year ago of my daughter with a praying mantis. 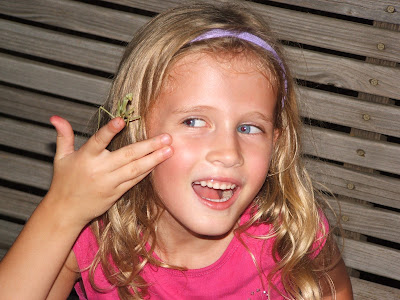 This child is absolutely fascinated by all manner of things outdoors. Just Saturday, she found, and proudly captured [later released] a garden snake from under a walkway brick. She's also very good at catching the lizards and geckos around the yard.

This photograph, taken in far north Tarrant County yesterday, doesn't do justice to the panoramic vista I experienced. I tried some different exposure settings but didn't have my lens filters with me, and was battling keeping the rain off the daylight filter, so didn't have as much opportunity to do any creative experimenting. 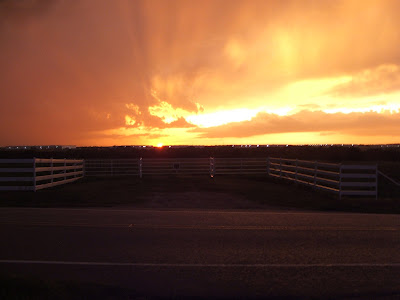 When I see something like this, I am in awe of God's wonder.

Just wish Mama [& Kodak] hadn't taken my Kodachrome away...
Posted by an Donalbane at 6:37 PM 2 comments:

Since the passing last week of Mary Travers, one third of Peter, Paul and Mary, I've been meaning to do some original posts, not just stuff I've ripped off from others and reposted on my blog. So, here goes. 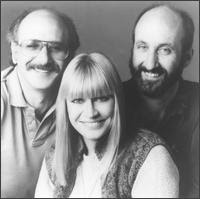 Despite my growing up in a fairly conservative household, my Dad had somewhat eclectic musical tastes, and I was fortunate to have been exposed to many artists and musical styles. Folk was one of them. Dad's education in electrical engineering didn't hurt, either, as he always had a top-notch high fidelity sound system, that had usually been tweaked a bit here or there. In the early '60s, I heard a lot of The Kingston Trio, Harry Belafonte, The Limeliters, The Chad Mitchell Trio, The Brothers Four, and Peter, Paul and Mary.

The folk idiom at that time was such that many of the groups covered the same material, often from Pete Seeger or Woody Guthrie, but as time went on, the Kingston Trio and PP&M were instrumental in bringing new songwriters' works, notably Bob Dylan, Donovan, Gordon Lightfoot, and John Denver (who replaced Chad Mitchell when the eponymous founder left the group), to the public's attention. Undoubtedly, I first experienced Dylan's work through other artists long before I heard the composer's versions of his songs, and to this day am convinced that Mr. Zimmerman was not necessarily the best interpreter of all of his works. Some, but not all.

As an aside, it still amazes me that Dylan, like Jackson Browne in the '70s, was able at such a young age to capture certain insights into the human condition.

In the early '70s, I nearly wore out an 8-track of Peter, Paul & Mary's 10 Years Together, along the way introducing my carpool mates (I was in junior high at the time) to the trio's music on the commute to and from school.

What appealed to me about the music was that it was at the same time simple yet complex. Usually a guitar or two, or a banjo, and a double bass, the musical textures were every bit as interesting as Phil Spector's "Wall of Sound" treatments. PP&M and The Kingston Trio featured a sort of innocence and optimism that seemed to be missing from the musical scene in later decades. The '60s folk trios gave way to the '70s singer-songwriter genre: Joan Baez, Harry Chapin, Jackson Browne, James Taylor, Tom Waits, Dan Fogelberg, etc. Today, I think folk music would probably be regarded as Indie.

Today, only Bob Shane remains of The Kingston Trio, and no longer performs in the group. There is still a touring group of The Limeliters, but Alex Hassilev and Glenn Yarbrough have long since retired. It's difficult to imagine Peter & Paul performing without Mary.

So, thank you Peter, Paul & Mary for the memories. And Godspeed Mary Travers.
Posted by an Donalbane at 4:28 PM 6 comments:

This'll take your breath away...

I would paraphrase Twain (Mark, not Shania) regarding the premature announcement of her demise, but I understand the sentiment: 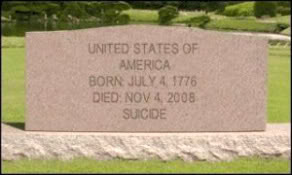 OK, most of my posts of late have been smart-alecky bits of silliness. Here's something different.

This I lifted from "That Dude", regarding a woman in Missouri who was inconvenienced by a fallen soldier's funeral procession during rush hour traffic, and wrote to the Sheriff to make a complaint. The text of her email, and the Sheriff's response, are included with the article.

What I like about this is the response, which easily enough could have gotten into a flaming pi$$ing contest. But instead the Sheriff answered the misguided woman in measured tones.

Judge for yourself.
Posted by an Donalbane at 9:44 PM 2 comments:

This is for the ladies.

I know I've probably been insensitive in the past, maybe less than romantic.

That's all changed now. Next lucky female I meet, I'm gonna treat with utmost respect and sensitivity. Nothing will be too good for my new Queen-to-be.

Fresh flowers from the Krogers, a nice bottle of wine from the Lake Worth Wal-Marts, candle-light dinner at the Decatur DQ, and...a [Honda] limousine! 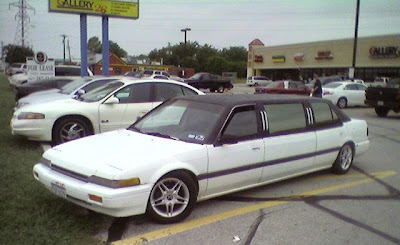 Jay Leno used to complain about people dressing up animals.

He should see this: 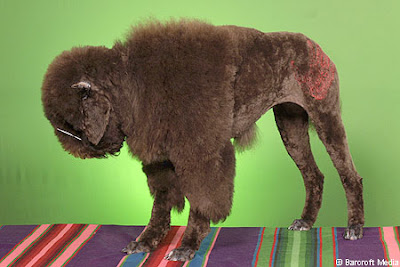 OK, I gotta admit this is sorta cool. 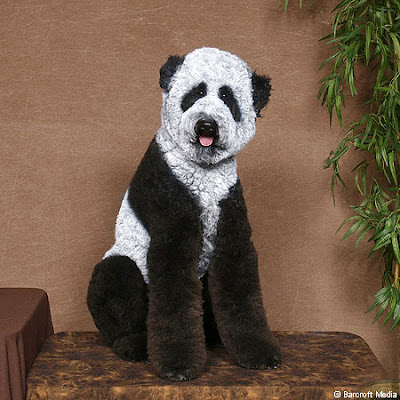 My office colleague says never eat at a Chinese Food restaurant next to a veterinarian or dog grooming salon. 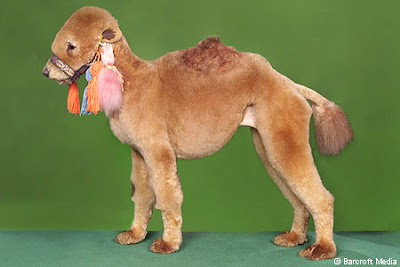 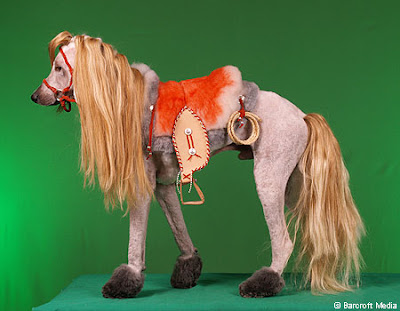 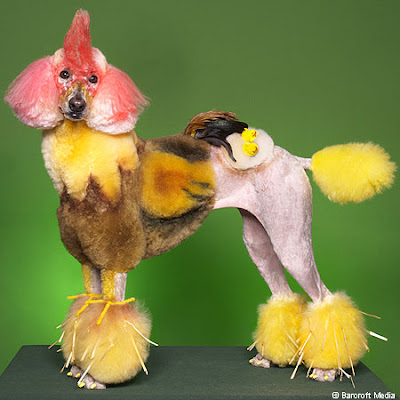 Dear Heavens! Even Bo Pilgrim wouldn't do this! 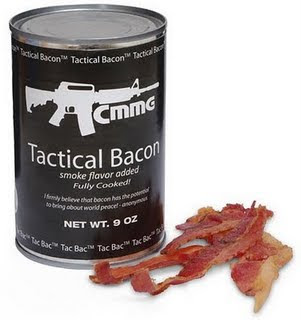 I had bacon-wrapped crabmeat at lunch today at The Great Wall Chinese Buffett in Saginaw. Mmm!
h/t: "That Dude"
Posted by an Donalbane at 4:57 PM 2 comments: