I was in Newark today.  I ain't fer total sure, but I think a gal I talked with was this feller's sister or cousin.  Or both:

These things always freak me out: 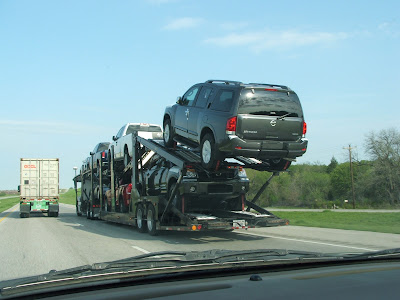 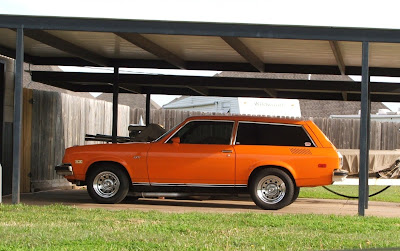 One, two, three - good thing they don't live at the far end of the block: 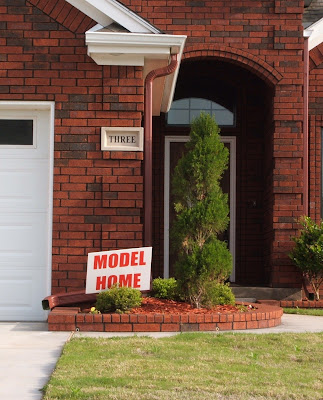 Even without the Don't Mess With Texas bumper sticker, I'da knowed they was from Texas. I needa pickup again. And a filly to ride in it - ...little white tank top sittin right there in the middle by me: 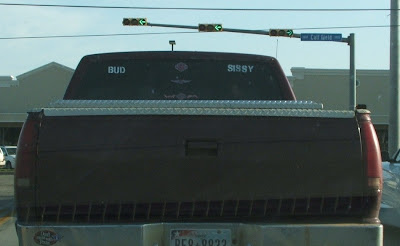 Bud's been comin home late from the Loving Community Center for the last three nights: 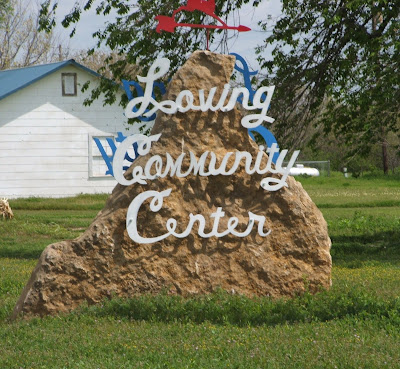 Sounds like one of those swingers' dens!
So Sissy's gonna make sure his butt's in the pew Sunday morning at Loving Baptist Church: 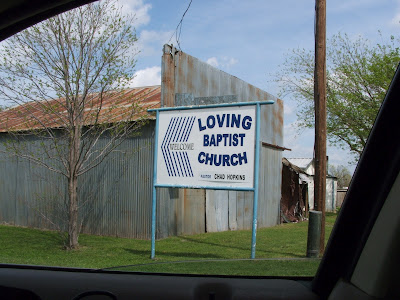 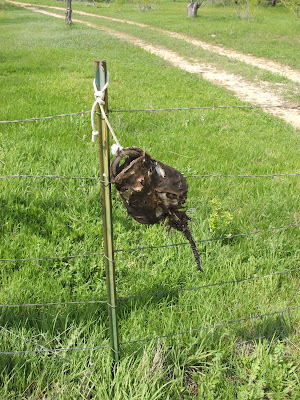 Recently, Mossberg announced its 464 SPX - what appears to be a Win '94 style action, mated to a composite stock.  It is butt-ugly, but may be just the thing for dealing with the undead:

Certainly it speaks to the timeless appeal of the lever action.
Nonetheless, for the tradition minded such as myself, there's a more refined approach, steel and walnut, stag and leather.  Either of these specimens would serve equally well dispatching the brain-suckers, but just in case, they're prepared with Hornady Zombie-Max 160s:

Because you can never be too sure.

With all due respect to John Moses, the lower rifle is the better action, but hey, everyone should own a '94, right?. Knife is a CRKT Kommer Brow Tine.
Posted by an Donalbane at 8:26 PM 1 comment:

This was actually from two or three weeks ago - they don't usually post the musical performances, but I just noticed that this one had been:


Rolling in the Deep from Keystone Church on Vimeo.

The lights were down and the fog was on when the song began - I didn't know until she came center stage and the lights went up that it was Susan Thomas.  It really kicks in at 3:10!

It was a concert-grade performance.

Over Spring Break we had adventures - we found, caught, and released this huge turtle: 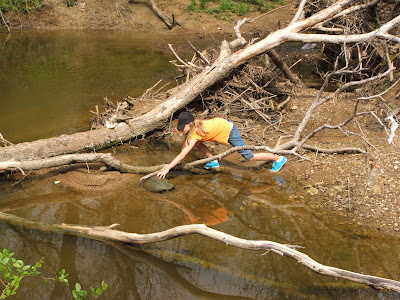 Along the trail, eagle-eyed Daughter stopped me, and asked "Daddy, is this Poison Oak?": 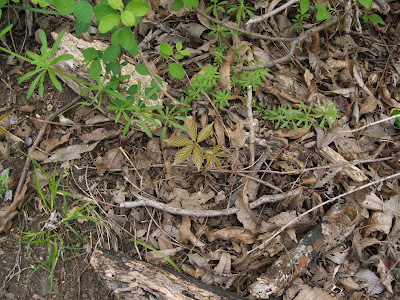 Click to enlargenate
"Um, I don't think so."
Edit - Apparently, the Japanese Maple is often confused with another plant:

Japanese Maple variants
She also picked me some flowers. 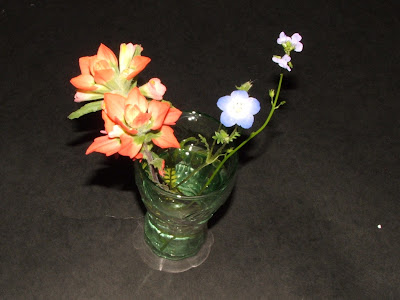 This is my favorite T-Bird body style: 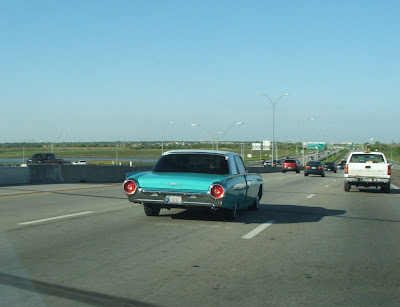 Not the same as The School of Rock: 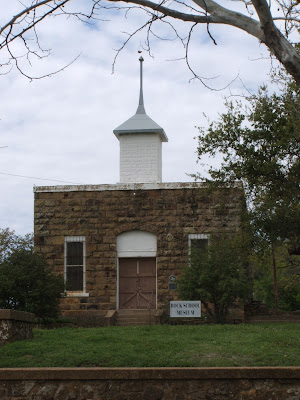 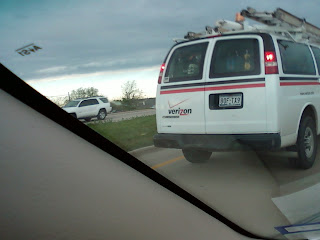 No, I don't know why there was a Halloween toy skull in the back of this utility truck: 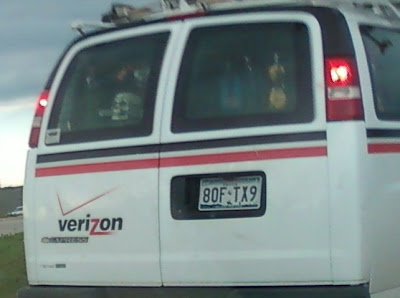 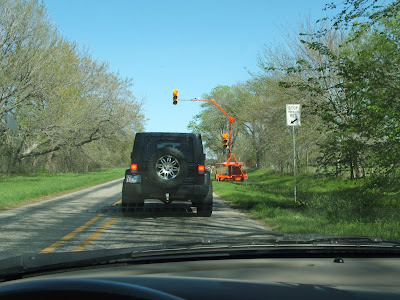 People do not meet our needs - God meets our needs through people.

This week, Susan concludes the Love is a Battlefield series with a woman's perspective:

Love is a Battlefield - Part 6 from Keystone Church on Vimeo.

Posted by an Donalbane at 8:21 PM No comments: 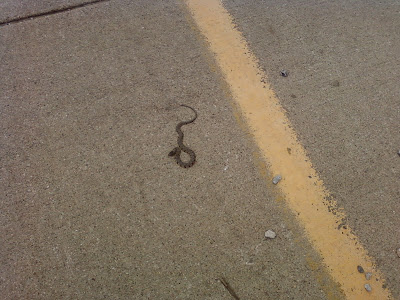 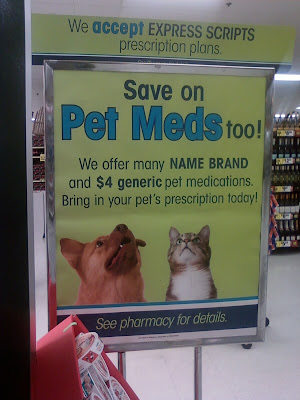 Probably just selling them to their friends in the kennel.
Posted by an Donalbane at 5:19 PM 4 comments:

Say, did they play this at your church this morning?  Brian and Josiah were at it again this morning, performing this song every bit as good as (or better than) the original.  The harmonies were exquisite and Josiah's fretwork and tone bending were awesome.


Then on to the main event:


Love is a Battlefield - Part 5 from Keystone Church on Vimeo.

I think there was something Dr. Claude Thomas said that reminded me of this song that I remembered from the early '70s - probably one of the first songs I'd heard of what would become 'outlaw country':

Above the fruity plain?

We used to sing praises to The Almighty for the bountiful blessings of our nation and people.

But now, it seems we just can't seem to get enough of the gay.

Last week, Sandra Fluke, a liberal activist parading as a Georgetown University law student, testified before Congressional Democrats that indigent college students would be traumatized if they had to pay for their own contraception, and that the cost should instead be borne by you and I, the taxpayers.
Afterward, radio megalomaniac Rush Limbaugh, he of little nuance, launched into an ill-conceived (if you'll pardon the term) and base tirade against Ms. Fluke on his syndicated radio program.

Mr. Limbaugh's personal attack on Ms. Fluke was utterly classless, yet it is absolutely correct to unapologetically denounce her cause, as it is fundamentally, morally, ethically repugnant for certain people to demand that other people fund their recreational sex habits.  But in Obamanation (yes, there's a certain onomatopoeia in that term), personal responsibility is not considered a virtue.

You might ask yourself: where is that large automobile what next?  Well, it seems that in addition to her testimony to try to get you and I to fund contraception, Ms. Fluke's main gig is in trying to get us to fund lifestyle benefits for folks of the 'LGBTQ' (isn't that that Wise county lawyer's blog?) persuasion[s], up to and including 'gender re-assignment' operations.  How's that grab you?

And closer to home, at a recent Keller City Council meeting, some [presumably færie] high school activists spoke in the comments portion of the meeting, requesting the Mayor and council to sign a pro-gay marriage proclamation.  The ringleader apparently leads protests or petitions against restaurants that refuse to serve gay folk.

I dunno, maybe it's because I'm so incontrovertibly heterosexual, that I've never been asked my sexual preference before ordering a Jumbo Jack, Cheddar Melt, or Panda Bowl.  For a wider perspective, we could go to field correspondent Dew, quien es menos macho, though probably straight, to see if he gets asked.  But, I'm really not aware of any restaurants refusing to serve those who play for the other team, as restaurants' economic imperative trumps any bias they might have.

I know they're [the Qs] here, they're proud, and we're all supposed to get used to, or over it.  All well and good.  But would it be too much trouble to ask them to just get on with their lives instead of trying to get the rest of us to pay for it?
Posted by an Donalbane at 8:26 PM 7 comments:

You give love a bad name

But I'm not naming names.  You know who you are.

Actually, that's the song that was playing as I walked into Church yesterday - not on the radio, not in the lobby, but by our Praise Band, in an arena-worthy version every bit as good as the original.  It was a tie-in to the Love is a Battlefield series, and is not found in the Methodist Hymnal.  The next two or three songs were standard modern worship tunes.

Then, after the band had left the stage, the lead vocalist and lead guitarist (who did lead vocal on the Bon Jovi number) returned, performing You're the One That I Want from Grease.  Only it wasn't in bubble-gum pop style, but at a slower, ballad, tempo, just vocals and acoustic guitar.  The words were modified so it wasn't two dudes singing to each other like Danny & Sandy (Keystone's not that kinda church), but as a man would sing to his true [woman] love.  A very interesting arrangement.


Love is a Battlefield - Part 4 from Keystone Church on Vimeo.

Extra points for I Believe in Miracles by Hot Chocolate.  And, when was the last time you heard the word 'whorehouse' (31:18) in church?

Yeah, this sermon would peel the paint off the walls at some churches.
Posted by an Donalbane at 7:58 PM 1 comment:

Rolling toward the weekend 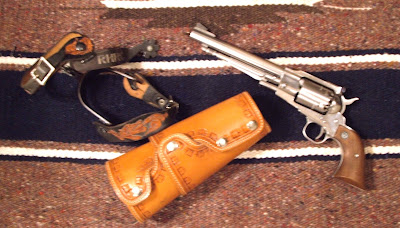 Due to owner's forgetfulness, this one didn't get to play today.