You could be dancing, yeah...

I, uh, don't watch Dancing with the Stars. But, you can hardly avoid all the hype and hoopla about it.

Apparently this person is going to be a contestant. 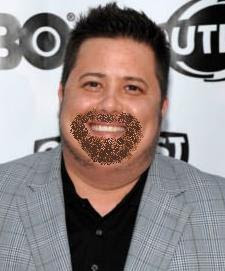 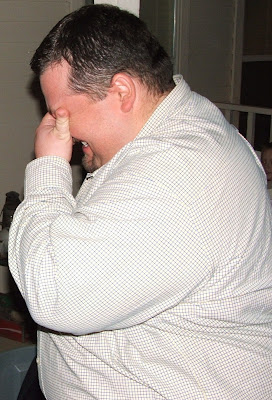 No need for embarrassment, eh?

The greatness that is Chicago.  Heard this version on the radio tonight:

Reminds me of driving around on hot summer nights in my '68 Chrysler Newport, with custom shag carpet (for a while, I had only a bucket driver's seat while the front seat was at the upholstery shop, a large back seat, and lots of room between the dash and the back seat on the passenger side. I knew just the places to go parking, while listening to Chicago, or Dreamboat Annie, Rumours, or Hotel California.

Seems like only yesterday - oops, that was The Carpenters...

Take me for a ride in your car-car...


Someone wanted to go for a drive last week: 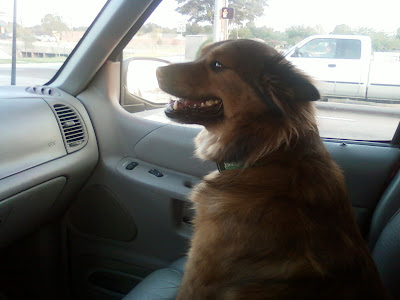 Are we having a good time, Sienna? 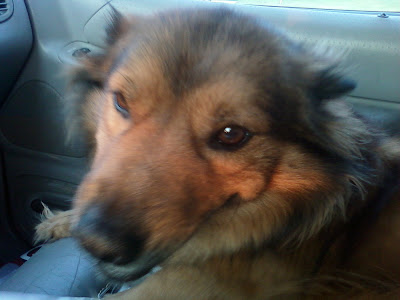 Plan B Trailer from Keystone Church on Vimeo.

Is it a quarter moon tonight?

I suppose if anyone was going to top Emmylou's version, it should be Miranda:

Posted by an Donalbane at 5:35 PM No comments:

I almost wrote Polak instead of Polka - Chupacabra, is there a treatment for the dysexlia?  And, were there nuclear Polaks in Spies Like Us?

Daughter and I just got home from seeing, as the title suggests, Brave Combo.  I mean, are there other bands who self-identify as Nuclear Polka? 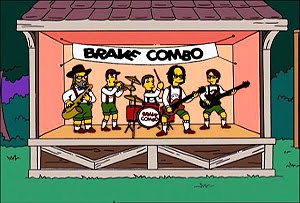 We missed probably the first half of the [outdoor] show because we went after church to the Aldi and Academy (to get some Birchwood-Casey Shoot-N-See target spots - while there, daughter asked if we could hunt feral hogs sometime - I love that girl!), but still had a great time.  Sienna joined us (daughter's idea, but she loves to get out among people, and is well-behaved), and we also enjoyed a snow cone (daughter and I - not the dog).

I've seen this band, from the hometown of my alma mater, a couple of times before, and these guys really know how to jam/improvise.  A couple of the evening's highlights: A mashup of Peter Gunn/Mission Impossible/Batman [TV theme], and later, a medley of Over the Rainbow/Beer Barrel Polka.

It is nice to be back in the A/C though.

Foraging, past and future

As many of you know, Dew is under contract to this blog site to provide offbeat (mostly), inane (frequently), or insightful (rarely) commentary.  Recently, he advised that I should be "foraging [my] future".

So, I ruminated on this a bit.  In a half-century of living, I have to admit my understanding of foraging had to do with animals in the wild, and wild west festival suttlers selling reproduction War Between the States forager's belts, pictured below:

Anyway, thanks to the Dew, I was able to expand my understanding of the concept of foraging to a whole new level, even doing some interweb research on the subject.
Excerpted from the 54 volume boxed set Wiki-pedia:﻿
Foraging is the act of searching for food...Human societies that subsist mainly by foraging wild plants and animals are known as hunter-gatherers...Optimal foraging theory was first proposed in 1966, in two papers published independently, by Robert MacArthur and Eric Pianka,[2] and by J. Merritt Emlen.[3] This theory argued that because of the key importance of successful foraging to an individual's survival, it should be possible to predict foraging behavior by using decision theory to determine the behavior that would be shown by an "optimal forager" - one with perfect knowledge of what to do to maximize usable food intake...

There are many versions of optimal foraging theory that are relevant to different foraging situation. These include:  ...Central place foraging theory, which describes the behavior of a forager that must return to a particular place in order to consume its food, or perhaps to hoard it or feed it to a mate or offspring...

Important contributions to foraging theory have been made by: ...Sir John Krebs, with work on the optimal diet model in relation to tits and chickadees;...

Hey, this could be more interesting than I thought...

Since I haven't posted any Linda in a while.

This is the lead-off song from Hasten Down the Wind. The performance is about a month before I saw her at DCCC (a week after getting my driver's license).

Special note for Todd the Blogger: Why, yes, that is the late Andrew Gold on piano.
Posted by an Donalbane at 6:32 PM 7 comments:

Back to the Future

But there are some songs that envelop you like a cocoon (an '80s movie), and this is one of them:

and this is another: